Airport transfer and check-in to your hotel

On-ground briefing
Orientation walking tour – The group will become oriented with their neighborhood, the public transportation systems, nearby pharmacies, markets, ATMs, etc. Additionally, an in-depth safety briefing will be provided for what to do incase of an emergency.

Welcome Dinner – The group will be taken for an authentic dinner with a wide variety of menu options to cater all diets.

Pantheon: Explore the best-preserved monument of ancient Rome. The Pantheon, built between 25 and 27 B.C., is the only ancient Roman building that has remained nearly intact through the centuries. Dedicated to all the gods of Pagan Rome, the temple was built by the Emperor Hadrian on the site of an earlier temple commissioned by Marcus Agrippa during the reign of Augustus.

Ostia Antica – Walking tour of Ostia Antica, Rome’s ancient port town, once bustling with sailors and merchants from all corners of the Roman Empire on this Ostia Antica Tour.  The Ostia Antica Archaeological site provides a virtual experience of Ancient Roman city life.

Tour Forum, Palatine Hill, Colosseum (about 3 hours) The Foro Romano (Roman Forum) is located just to the west of the Colosseum and is the truly ancient city of Rome – the very place where history took place, with processions, criminal trials, elections, and intrigue all happening here. It was the site of the original Senate, and where Caesar’s body was brought following his assassination. The ruins of some of Rome’s most important ancient structures can be found at or near the Forum. The Colosseum is the world-famous icon is an ancient amphitheater dating from AD 70 and is the iconic, unmissable sight of Rome. The flat-topped Palatine Hill that rises above the Forum is where the emperors built their palaces (and indeed “Palatine” is the source of the word “palace”.

Baths of Caracalla (about 2 hrs) – These were the city’s second largest Roman public baths, or thermae. The baths were likely built between AD 212 and 216/217, during the reigns of emperors Septimius Severus and Caracalla. They were in operation until the 530s and then fell into disuse and ruin.

Train to Herculaneum (approx. 30 mins) – Herculaneum was an ancient town, located in the modern-day comune of Ercolano, Campania, Italy. Herculaneum was buried under volcanic ash and pumice in the eruption of Mount Vesuvius in AD 79. Today it is a fantastic place to see incredible (and incredibly well-preserved) frescoes and opulent homes that give a peek into the living conditions of very wealthy Romans at the time–and also to simply appreciate some incredible art.

Chartered Day Bus to Pompeii – Pompeii is a vast archaeological site in southern Italy’s Campania region, near the coast of the Bay of Naples. Once a thriving and sophisticated Roman city, Pompeii was buried under meters of ash and pumice after the catastrophic eruption of Mount Vesuvius in 79 A.D. The preserved site features excavated ruins of streets and houses that visitors can freely explore.

Mount Vesuvius – Mount Vesuvius is one of only two active volcanoes in Continental Europe and stands about 1281 meters tall, with a symmetrical central cone and steep wooded slopes. the most popular route among visitors is the trail up the highest reaches of the cone to the rim of the crater, a stretch that is not particularly difficult, can be undertaken by anyone, and does not require hiking experience.

Naples Archeological Museum – This is an important Italian archaeological museum, particularly for ancient Roman remains. Its collection includes works from Greek, Roman and Renaissance times, and especially Roman artifacts from the nearby Pompeii, Stabiae and Herculaneum sites.

Restoration Workshop/Work on Materials – cleaning,  find pieces that are part of the same vessel, and the catalog for dating the pieces.

Transfer back to Ischia di Castro

Walking Tour of the town and Museum

Transfer back to Ischia di Castro

*Note: When you make a payment please leave a note with: School Name, Name of the Program, Name and Surname 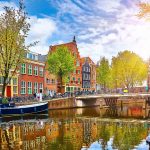 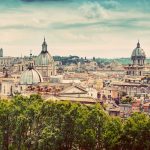