In this 10 day program, students travel to Madrid, Valencia, and Barcelona to learn the history of the Spanish cuisine, one of the most popular and historically complex cuisines in the world.

Spanish cuisine is known for having a complex history and varied gastronomy. Due to its geographic location, Spain has been a highly contested and fought over region throughout history. Because of this, Spanish cuisine has been shaped by many different cultures, and even has distinct regional variations from when the country was divided before the Roman Empire.

As part of the program, students will learn in-depth about the Spanish cuisine and what makes up its unique flavors, including learning how to cook the best-known Spanish dish, paella.

As part of the program, students take part in two cooking classes, visit local markets, sample a wide variety of Spanish cuisine in each city, visit the kitchen of the Royal Palace in Madrid, and tour an organic farm to participate in the production of goods to create a meal with their local ingredients.

Additionally, there will be extensive walking tours in each city, and we will visit many of their most famous landmarks, such as Sagrada Familia and Park Güell in Barcelona. 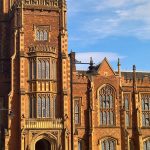 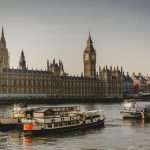