This 11 day program is an immersive look at art and culture through touring 3 major Spanish cities and many museums and landmarks.

Prado Museum: This is the main Spanish national art museum. It houses the finest collection of Spanish art, and has one of the best collections of European art in the world, with works dating back to the 12th century.

Museo Nacional Centro de Arte Reina Sofía: This museum, named for Queen Sofía, is Spain’s national collection of 20th century art. It is one of the world’s largest collections of modern and contemporary art, and includes exhibits on two of Spain’s most famous artists, Pablo Picasso and Salvador Dalí.

Thyssen-Bornemisza Museum: Part of the “Golden Triangle of Art” (with Prado and the Reina Sofia), this museum displays works and periods that are not represented in the others, such as primitive Italian pieces, and exhibits works in Impressionism and Expressionism.

Valencia Fine Arts Museum: Housed in the 17th century St. Pius V Palace, this museum houses some 2,000 works, dating from the 14th–17th centuries. Along with paintings, it also has sections dedicated to sculpture and archaeological findings.

Students will experience extensive walking tours in Madrid, Valencia, and Barcelona. The walking tour in Barcelona focuses on Gaudí and Modernisme, and we will visit famous landmarks such as La Sagrada Familia, La Pedrera, Casa Batlló, and more. 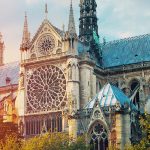 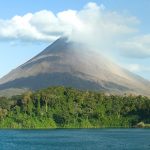