This 11 day program is a captivating and educational look at art and design by touring Paris’s most famous museums, cathedrals, palaces, and more.

St. Denis: This temple is the fist Gothic church built, and is the burial site of the French Royal Family.

Sainte Chapelle: This is a royal chapel in the Gothic style, located within the medieval Palais de la Cité, the residence of the Kings of France until the 14th century.

Notre Dame: This cathedral, (the most visited monument in France), is a masterpiece of Gothic architecture.

Musée d’Orsay: Housed in a train station and constructed for the 1900 World Fair, this is a national museum devoted to the arts from 1848–1914. The many art movements represented in the museum include Academism, Realism, Impressionism, Symbolism, and Art Nouveau.

Louvre: The Louvre houses art spanning many historical periods, art styles, and world regions. This includes western art from the Middle Ages through 1848, art from ancient civilizations around the world, and art from a variety of regions and cultures, including Islam, Africa, Asia, Oceania, and North and South America.

Palace of Versailles: This palace is a magnificent example of French Baroque architecture, and is the most famous royal chateau in France.

The Centre Pompidou: Designed by Renzo Piano and Richard Rogers, this is a 20th century architectural marvel, immediately recognizable by its exterior escalators and enormous colored tubing. It is home to the National Museum of Modern Art and is internationally renowned for its 20th and 21st century art collections.

Additionally, students will be able to tour some of the most famous landmarks in Paris, including the Eiffel Tower and Champ de Mars, Arc de Triomphe, Champs-Élysées, and more. The tour will conclude with a lovely boat cruise on the Seine. 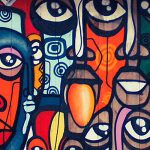 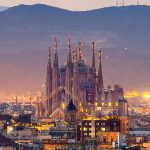